He is a gorilla[1] who plays the drums, often sings, and is a simple, good-natured fellow. He doesn't realize his great physical strength and is forever breaking things. In The Banana Splits in Hocus-Pocus Park, it is stated that he is the biggest of the Splits. Bingo is usually assigned all the heavy tasks, but he invariably manages to smash everything he attempts to clean or move. He's a great drummer, though, and would do practically anything to help a friend. 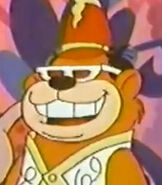 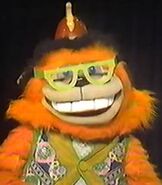 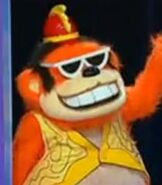 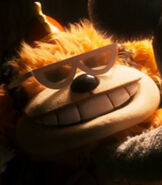