Fleegle is a beagle who plays the guitar and often sings too. He does magic tricks, and he is the spokesman for the group. Cool, authoritative, and usually in control of every situation, Fleegle is always slightly frustrated by the behavior of the others. Although he's a born leader and organizer, Fleegle is not as bright as he thinks. Off-stage, he considers himself a present-day Don Juan, which sometimes proves to be quite amusing. As the leader of the Banana Splits Club, he chairs their meetings, frequently standing behind a podium and wielding a large gavel to maintain order, often being "hoist by its petard" and going "Ooch!" to feign injury. He is the only character of the group who doesn’t wear sunglasses. Fleegle never learns that The Sour Grapes Bunch will never reform. This has led to lots of injury, such as being shot in the butt with an arrow. 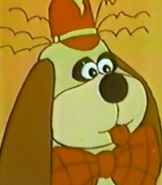 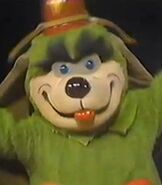 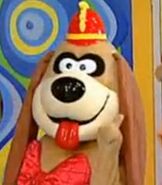 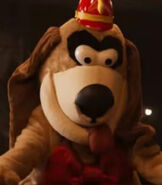 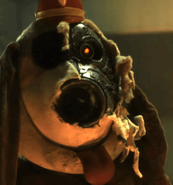 Withered Fleegle in the film 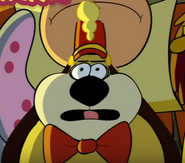